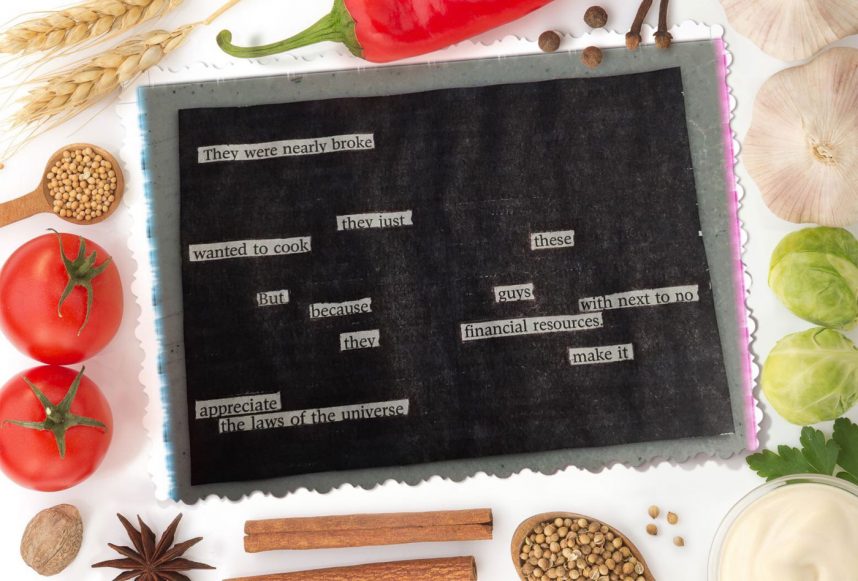 Ever wonder where people get some of their ideas? This was the basis for some research I was doing about creative ideas for artists. While I was searching for articles on creativity, I came across a blog article at smartblogger.com. This particular article was entitled “49 Creative Geniuses Who Use Blogging to Promote Their Art”.

When I arrived at the end of the article, there was a list of recommended creative blogs, I bookmarked each of the creatives to check out at a later date and I decided to visit the site for Austin Kleon.

Austin is a writer, artist, blogger and speaker who has written three illustrated books, which have made him a New York Times bestselling author: Steal Like An Artist, Newspaper Blackout, and Show Your Work. Recently, he released another publication entitled The Steal Like An Artist Journal: A Notebook For Creative Kleptomaniacs. On his website, Austin describes himself in this way “I’m a writer who draws. I make art with words and books with pictures”.

As I was visiting his site, I came across a video he posted about his book Newspaper Blackout. When I finished the video, I thought I would give it a try. I spent the next five days clipping out articles from the newspaper and trying to find word combinations to tell an interesting story. Each day I created a new poem, I tried to improve on it and find a way to make it mine. Towards the end, I began to add some creative photographic frames to compliment the stories.

Next, I began to ask myself “Ok, now what are you going to do with all these poems?” It occurred to me that I could use them as a jumping off point for creative ideas in my painting and photography. As I later discovered, this is the same idea that lead Austin to create his Newspaper Blackout poetry idea.

Austin began making these newspaper blackout poems in 2005 at a time when he was experiencing writers block. He tells the story about being right out of college, right out of undergrad and having this horrible case of writers block. He said that he would sit and stare at the Microsoft Word screen and the little cursor would blink at him as if taunting him. Then one day, as he was staring at the screen he looked over at the recycling bin with a stack full of newspapers and he thought “Here I am without any words and right next to me are thousands of them”. So, Austin picked up his marker that he used for drawing and he started making boxes around words that stood out to him. He began to find little phrases and put those words together to form poems.

Austin began to post these poems to his blog and called them newspaper blackout poems. Over time, these poems spread around the internet and he used them to publish his first book. After a while, Austin began to receive email and tweets saying that his idea was not really an original idea and people kept pointing to the artist Tom Phillips.

Tom Phillips is a painter, printmaker and collagist who lives in London. Tom has been working on a continuing project called A Humument since 1966 when he set himself a task: to find a second-hand book and alter every page by painting, collage and cut-up techniques to create an entirely new version. Tom left words exposed, floating in his art pieces.

Austin continued his research and came across Brion Gysin (1916-1986), Tristan Tzara (1896-1963) and eventually to Caleb Whitefoord (1734-1810). Caleb seems to be the first person to use newspapers to create funny word combinations.

At the end of Austin’s research, he decided to continue with his idea and make it his own. With his new understanding about the genealogy of ideas he later went on to write the book entitled Steal Like An Artist.

For more information about Austin Kleon check out his website.