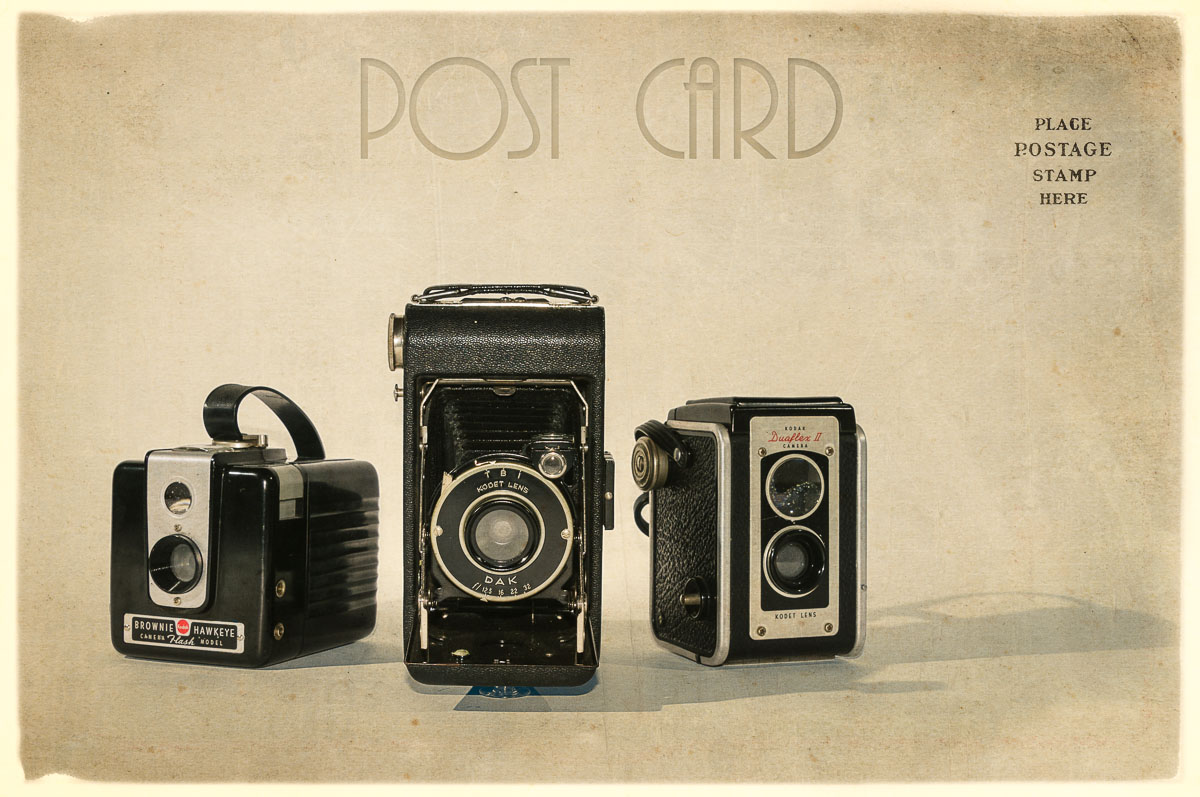 As a self-taught photographer and painter, I spend a lot of time studying Art and Photography.  I enjoy learning and I am able to research these subjects at my own pace and focus on topics that truly interest me.  I am fortunate because these two creative activities, Painting and Photography, compliment each other very well.  The Principles of Design and the Elements of Art can easily be applied to both art forms.

As a guide, I have searched the internet and libraries for articles, videos, books and images relating to great photographers.  There is a huge selection of artists to choose from so I decided to use the history of photography as a place to start.  Each photographer on my list, according to art critics and gallery curators, has produced a large body of quality work during their career and stands out from all others.

With this in mind, allow me to introduce to you photographer, Josef Sudek (March 17, 1896 in Kolin, Bohemia – September 15, 1976 in Prague).  Sudek is best known for his photographs of Prague and he was also referred to as the “Poet of Prague”.  His hunched figure supporting a large wooden tripod was a very familiar sight in Prague.  There were two qualities that characterized his best work: The wide range of light values he used and the way he represented light.  What is so amazing about Sudek is he only had one arm and this did not prevent him from taking incredible photographs.  He never tired of his work and worked continuously until the age of 80.

Sudek became interested in photography while he was apprenticing as a bookbinder and he had become a keen amateur photographer before he was drafted into the First World War in 1915.  It was during this war that Sudek lost his arm at the shoulder; he was 21 years old.  Sudek described what happened, “I lost my arm during the eleventh offensive.  We were ordered forward and as we charged our own artillery started shelling us . . . I felt as if a rock hit me in the right shoulder.  I started looking around but all the guys who had been standing were now dead.”

Sudek’s right arm was maimed and he lost his hand.  Gangrene set in and eventually his entire arm had to be amputated at the shoulder.  He spent the next three years in a variety of hospitals and veteran’s homes recovering from the injury.  Sudek was left with a deep psychological scar that had a huge impact on him and his work.

Sudek passed time during his convalescence photographing fellow patients.  He also did this after he was released from hospital in 1920.  This project “The War Veteran’s Hospital and Home” (1922 – 1927) marked the start of his official entry into the field of photography.  No longer able to work in the bookbinding industry he had to find a different way to make money.  He did receive a disability pension but he needed to supplement his income so he took work on commission as a photographer.

The years between 1920 – 1926 were restless years for him.  In 1920, Sudek became a member of the Prague Society of Amateur Photographers where he met photographer Jaromír Funke (1896 – 1945) who became his good friend.  Funke and Sudek were both kicked out of the camera club for their “impatient opposition” to members of the club who wanted to stick with the painterly look.  Sudek and Funke wanted to move away from that style to a more modern view so in 1924 they started their own photographic society entitled the “Avant-Garde Czech Photographic Society”.  Here they worked with like-minded photographers and focused on the negative.

From 1922 – 1924, Sudek studied photography at the Prague Graphic Arts School.  His teachers, introduced him to the most influential American photographer of the 20th Century, Edward Weston, and his soft focus Pictorialism.  But it was the work of Clarence White who impressed him the most.  He liked the way Clarence used the light and shadow to evoke a three dimensional mood and Sudek soon rejected the “painterly” style.

Then in 1926 Sudek had a life-changing event.  Sudek’s friends who belonged to the Czech Philharmonic Orchestra invited him to join them during the Orchestra’s Italian tour.  Sudek said yes because he thought it would give him an opportunity to see the beauty of the region which he had missed during the war.

Everything seemed to be going fine until they reached the southern part of Italy nearer the site where he had suffered his injury, things changed and he began to experience an emotional problem.  During a concert, he suddenly got up and left the theatre.  No one knew where he went or why.  His friends called the police but he was no where to be found.  He eventually showed up two months later in Prague.  It is not exactly clear what happened during that period.

Sudek said, “In Milan, we had a lot of applause and acclaim and we traveled down the Italian boot until we came to that place – I had to disappear in the middle of the concert; in the dark I got lost, but I had to search.  Far outside the city toward dawn, in the fields bathed by the morning dew, finally I found the place.  But my arm wasn’t there – only the poor peasant farmhouse was still standing in its place.  They had brought me into it that day when I was shot in the right arm. They could never put it together again, and for years I was going from hospital to hospital, and had to give up my bookbinding trade.  The Philharmonic people . . . Didn’t reproach me, but from that time on, I never went anywhere, anymore, and I never will.  What would I be looking for when I didn’t find what I wanted to find?”

From this point on, Sudek’s photography changed.  He seemed to discover a new style and came into his own as an artist. He changed his focus and began to photograph the city of Prague.  He created haunting nightscapes and panoramics of Prague.  He was captivated by its architecture, the historic buildings, the public squares, and churches.  He looked at the details and tried shooting from a variety of different angles.  Sudek also stopped shooting people in his scenes.  Fewer and fewer people appeared in his photos.  When they did appear, they were often seen in the distance making them less noticeable.  He would even pose masks or statues in places that would normally have shown a person.

In 1928, Sudek completed a project which took him four years to finish.  It was the reconstruction of St. Virus Cathedral. Sudek was extremely patience and persistent.  He knew what time of year and what time of day the light would enter a specific window at the exact angle that he wanted.  He was passionate about showing the light as having substance and he used techniques such as stirring up the dust to show the light.  With the help of Družstevni Práce, Sudek published a monograph of his photographs of St. Vitus.

From 1927 – 1936 Sudek worked for Družstevni Práce publishing house, specializing in portraits, ads, and documentaries and in 1932, Sudek had his first exhibition in Prague which included 64 works.  This exhibition was held in the Krásná jizba, the commercial gallery of the Družstevni Práce Co-op.

Then in 1939, German troops marched into Prague and Sudek retreated into his studio and began his key series entitled “The Window of my Studio”.  This project was more personal for Sudek and took on a more emotional edge.  He often shot the window through a curtain of dew, ice or rain drops, creating a distorted barrier between the internal and external world.  He shot far less landscapes and became involved in still lifes.  He was interested in objects as objects.  Sudek said “Everything around us, dead or alive, in the eyes of a crazy photographer mysteriously takes on many variations so that a seemingly dead object comes to life through light or by its surroundings.”  Several of Sudek’s friends gave him objects and he used these in his still lifes.

Another hallmark in Sudek’s career was when he came across a contact print of a statue from Chartres, France.  He was impressed with the detail and range of tone which was what he was after.  From that point on, Sudek switched from enlarging negatives to using contact prints.  Craftsmanship was very important to Sudek and with this switch he began to carry view cameras as large as the 12 x 16 inch format.  He operated his equipment by propping it in his lap with one hand and when that was not enough he used his teeth.

When the war ended, Sudek emerged from his studio but his work was more personal now.  He no longer did commission work and focused on more personal projects.  This was also the time when he hired an assistant, Sonja Bullaty, a young Czech Jew who survived the Nazi concentration camps.  It was Bullaty who took Sudek’s work outside the Iron Curtain and preserved over 300 selections of his prints and Sudek continued to send her prints after she emigrated to America.

Sudek’s work first appeared in America in 1974 at the International Museum of Photography, George Eastman House, Rochester and the exhibition was entitled Josef Sudek : A Retrospective Exhibition.  In this same year, a second exhibition of his photographs was held at the Light Gallery in New York. Sudek was not at either of these exhibitions.

Sudek was quite shy and did not like being the centre of attention.  He never attended any of his opening exhibitions except for one in the town of Roudnice.  He wanted to see how the photos were hung and the only day that was going to work was opening day.  Once he checked the setup and gave his approval, he retired upstairs to the second floor where he watched the crowd from above.  Other than the curator and Anna Fárová who was giving the opening remarks, no one knew that Sudek was there.

Although Sudek was shy and a bit of a loner, he had a diverse circle of friends.  One of them being Dr. Peter Helbich.  They met in the woods of Moravia and struck up a friendship.  Sudek began tutoring him in photography.  Helbich said of Sudek’s melancholy, “It is the reason for the melancholy in his photographs . . . Sometimes I think if he had not lost his arm, he would not have become the great artist he is.”

Sudek himself once said on the relationship between the artist and environment: “the environment does have an impact on the person; even if you curse it, it will affect you.  You can’t extricate yourself from it.”

By the time of his death in 1976, Sudek’s output in Czechoslovakia totalled 16 books and monographs.  His book entitled Prague Panoramas contains 284 panoramic photos of the city and the surrounding countryside.  His estate, comprising 21,660 prints, 54,519 negatives, and 618 other works of art (pictures, drawings, sculptures, and prints), was catalogued by Anna Fárová from 1976 – 1985, who then as executor of his will, gradually distributed it in accordance with his wishes to several institutions.  Anna Fáová was an assistant to Sudek and an art historian.

For a list of books regarding Sudek’s work check out: www.artbook.com/catalog–photography–monographs–sudek–josef.html