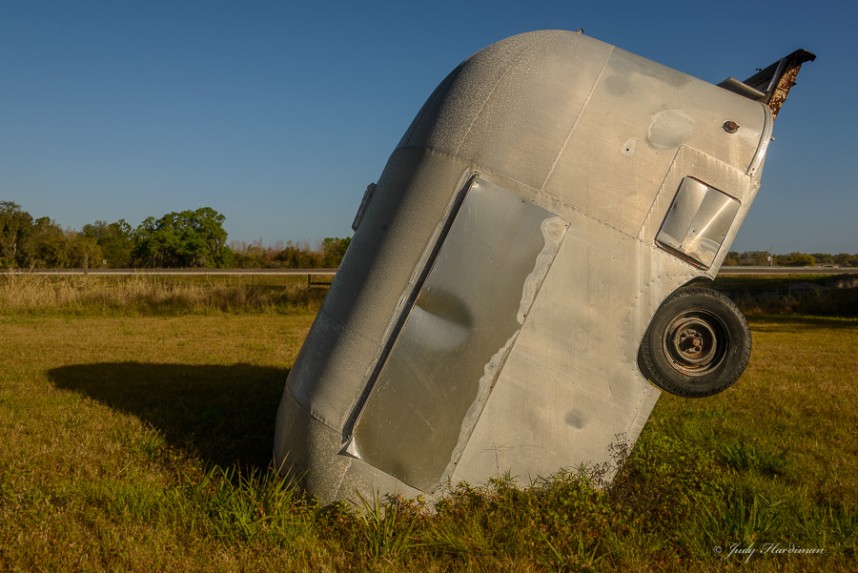 Along highway I-4 between Orlando and Tampa in Florida, there is an interesting art piece that makes you want to stop and take a longer look.  This art piece was created by Frank Bates, who at the time owned Bates RV in Dover, Florida.

When Frank conceived and constructed Airstream Ranch, Airstream Inc. had recently celebrated its 75th birthday.  So, Frank buried 7 1/2 1957-94 vintage Airstream trailers in the vacant lot next to his dealership.  There are actually 8 trailers, but one is very small.  Hence the 7 1/2.  Frank, being a native of Texas, was also influenced by the well-known Cadillac Ranch where 10 old Cadillacs are buried nose-down in the ground along Interstate 40.

Although many people liked Frank’s Airstream Ranch, not everyone was happy with it.  Some of the neighbours voiced their concerns and went to the Hillsborough County Enforcement Board. There was a two-year battle but Frank came out on top.  Larry Thompson, president of Ringling College of Art and Design testified in favour of the Airstream Ranch who said that in his “expert opinion, this constitutes a piece of art.”

When Frank won he was very excited and said, “There are not very many things you can build in your life that might be there forever – things that make people smile and make people happy.” Bates said that he hopes the work inspires thoughts of travel and freedom. 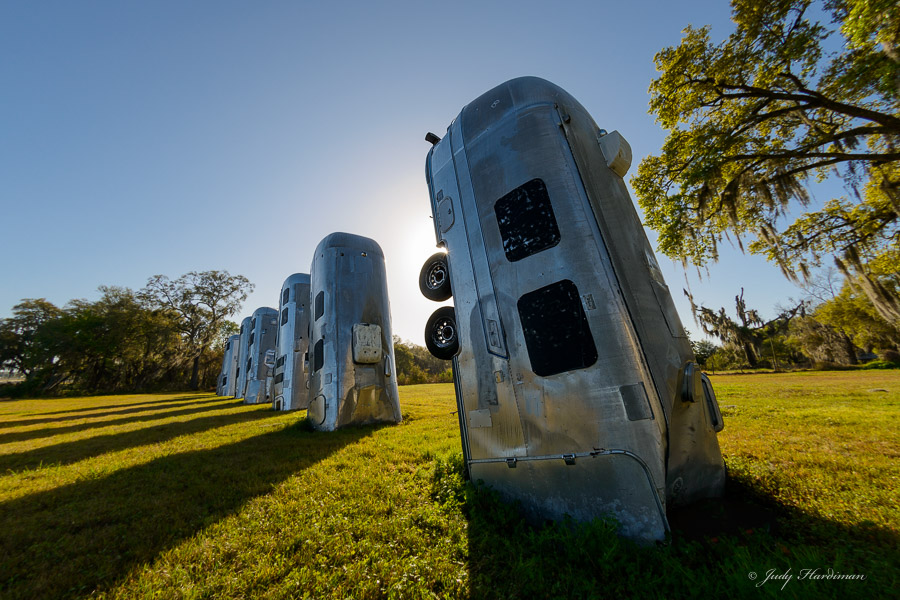 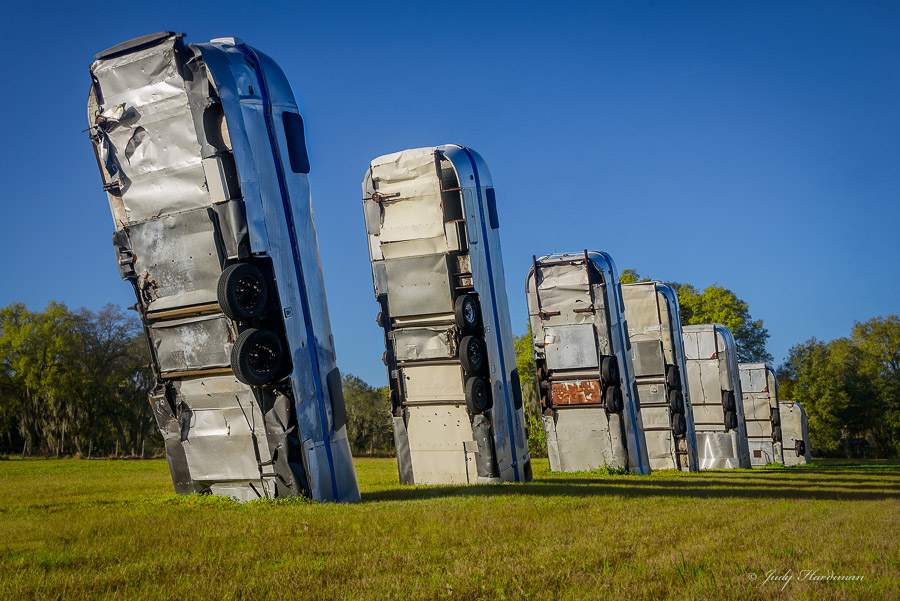 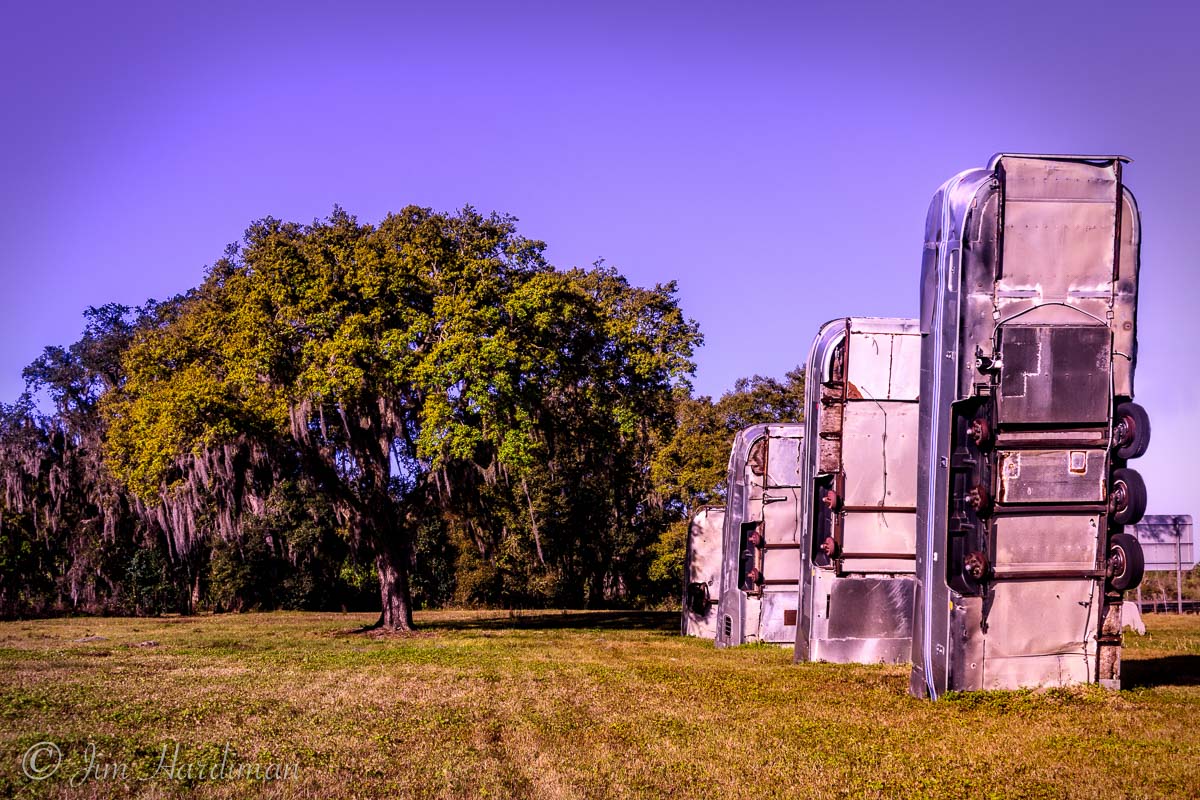 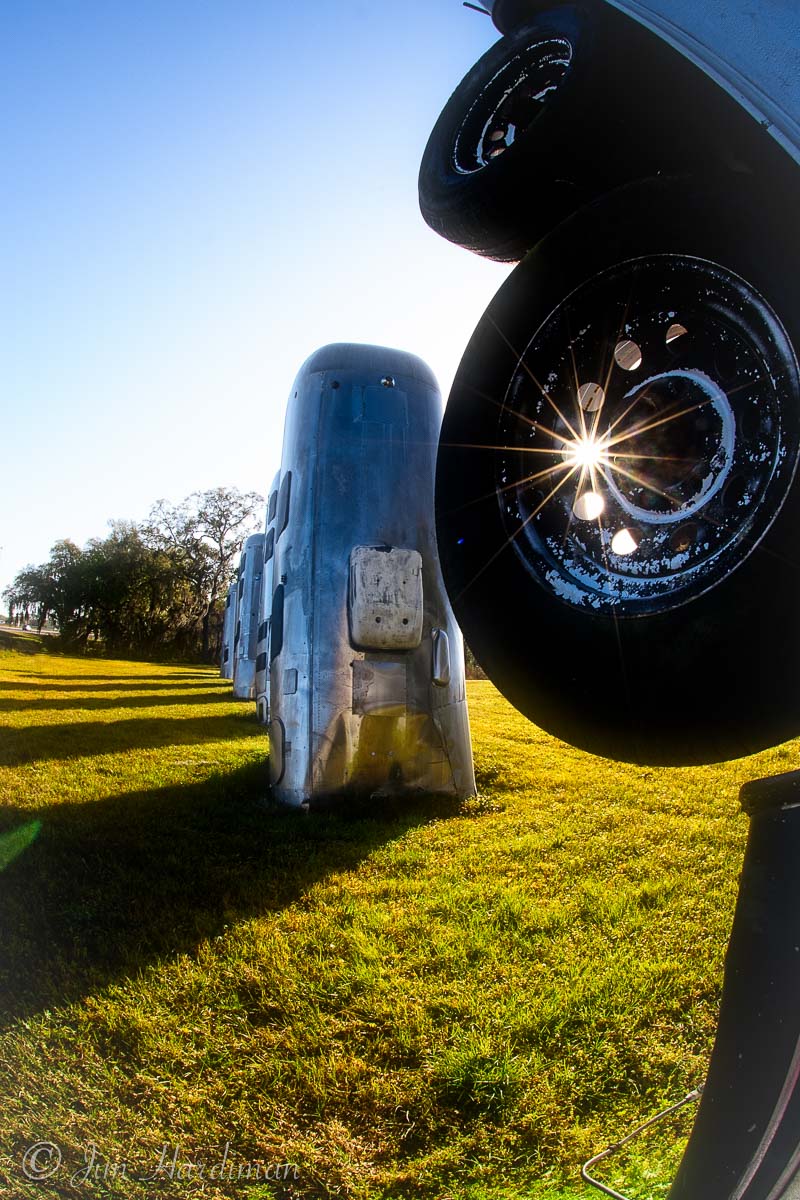