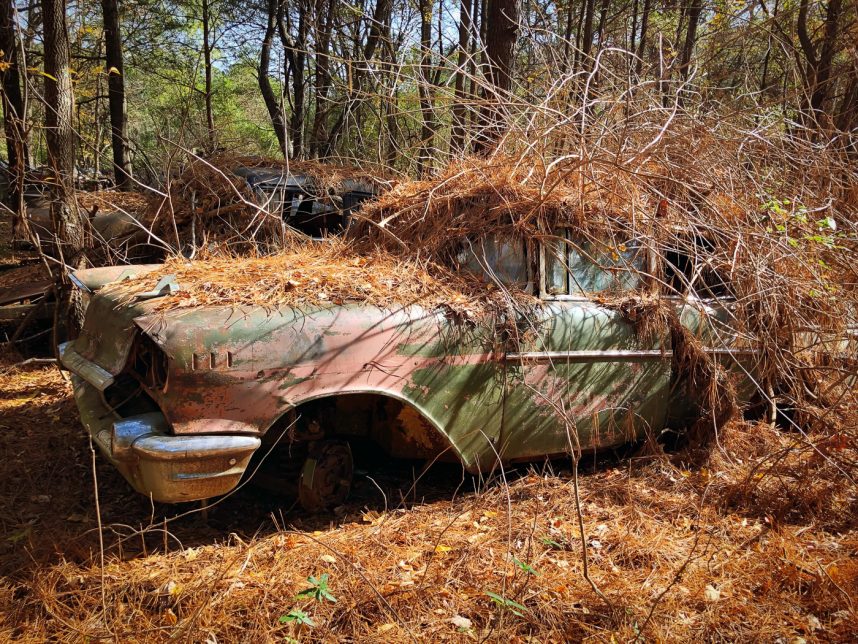 There is a special place in White, Georgia, a photographer’s paradise if you will, where people from around the world come to photograph the ever-changing relationship between classic cars and nature.  A place where you will find 4,200 whole American cars 1972 and older spread out over 34 acres and 7 miles of trail.  There is so much to see, it is impossible to take it all in in just one day.  It is easy to feel overwhelmed when you visit this place for the first time as Jim and I did this past November. 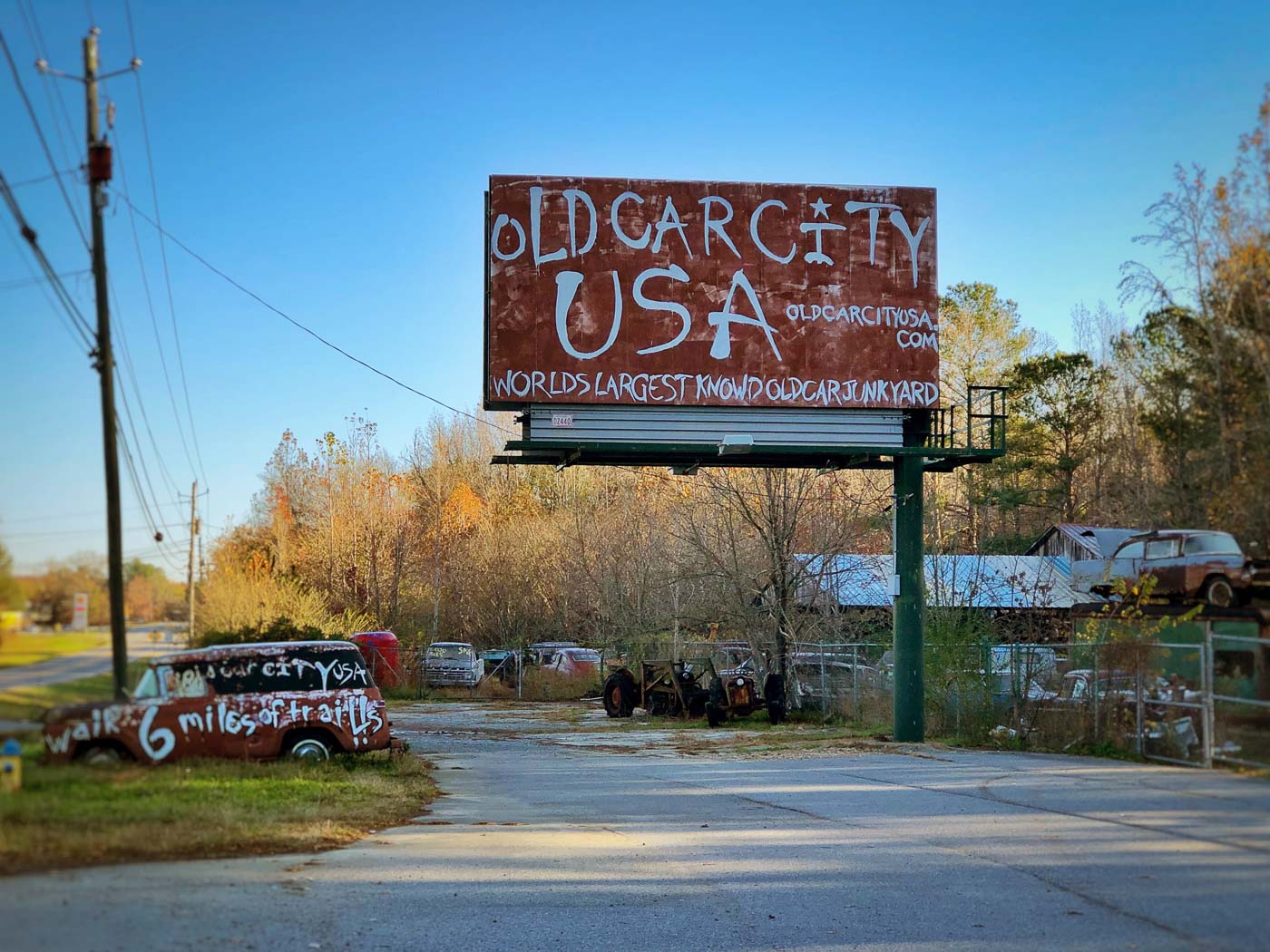 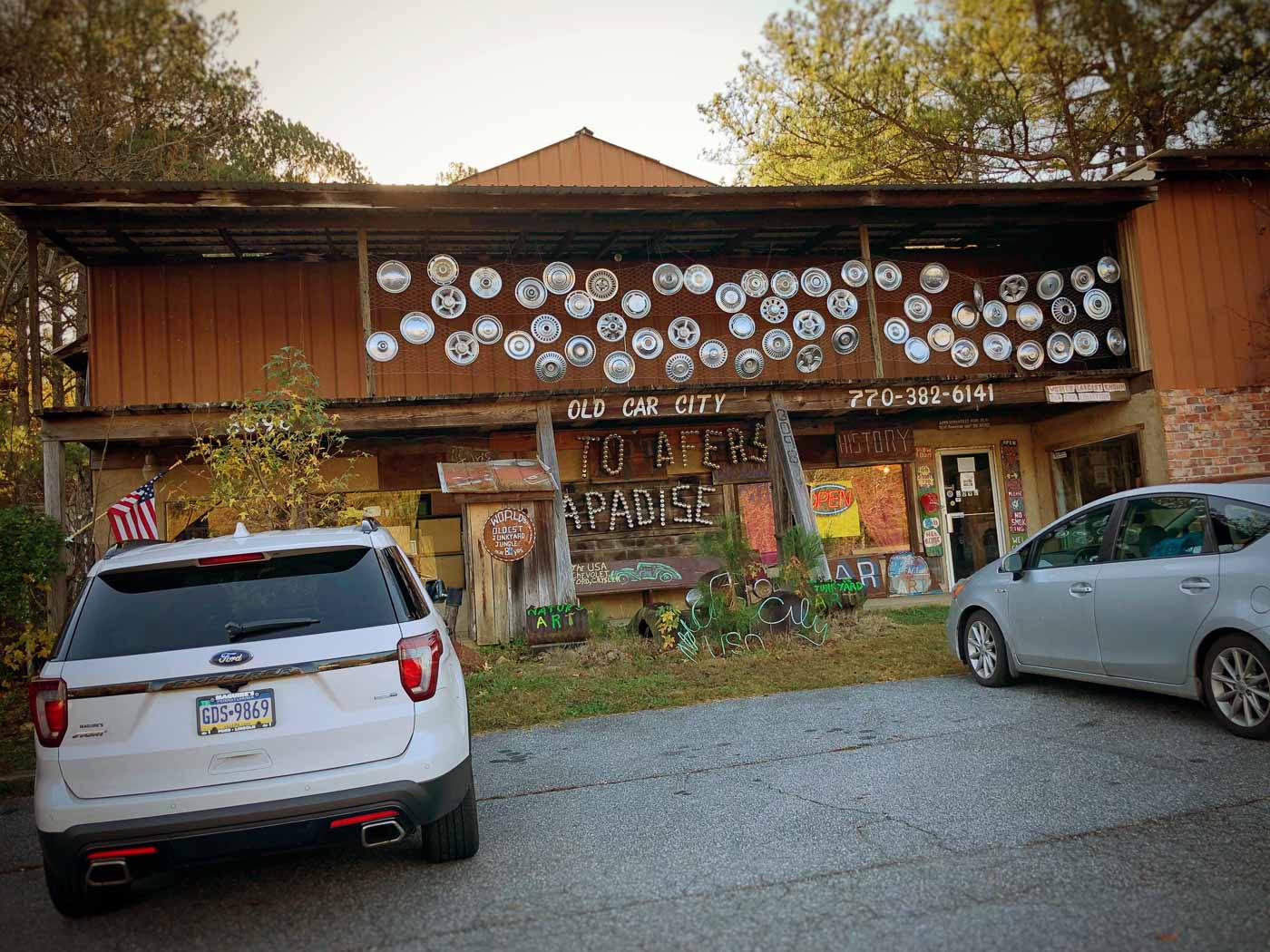 Our friend, Wayne Bennett, met us in White, Georgia to give us a tour of this amazing attraction affectionately known as Old Car City USA. Wayne has been there several times and offered to show us around.  I was pleasantly surprised as we walked up and down the various trails leading us to a variety of beautiful old cars.  We found an endless source of classic cars and trucks with beautiful forms, lines, shapes, faded paint and rust.  Photographer Clint Brownlee, who is a familiar visitor to Old Car City, has said that he is attracted to this location because of the “beautifully sculpted hood ornaments from an era when cars were considered works of art.”

Dean Lewis is the owner of this family run business which got its start back in 1931 during the Great Depression.  His parents bought a parcel of land and started a general store at this location.  Later, to bring in more revenue, the Lewis family bought a couple of junk cars to sell for parts.  For almost five decades, the Lewis family had the best car parts business around.  However, over time as many of the cars began to rust, rot and merge with the landscape, Dean had an epiphany and told his children that one day this place would likely turn into a showplace rather than a parts place and it did.

Today, you will find photographers and classic car enthusiasts visiting Old Car City USA throughout the various seasons, for each season has its own unique story to tell.  In the fall and spring, you will find most of the cars quite visible and in the summer, some of the cars become hidden as the plants fill out and continue to grow.

For photographers, there are never-ending opportunities to practice different elements of photography such as Macro, HDR, focus stacking and even portraiture.  Whether you use a smartphone, DSLR camera, or a point-and-shoot camera you will have no trouble finding interesting subjects to photograph.  Old Car City USA has almost everything there but the kitchen sink; but, oh wait, they have that too. 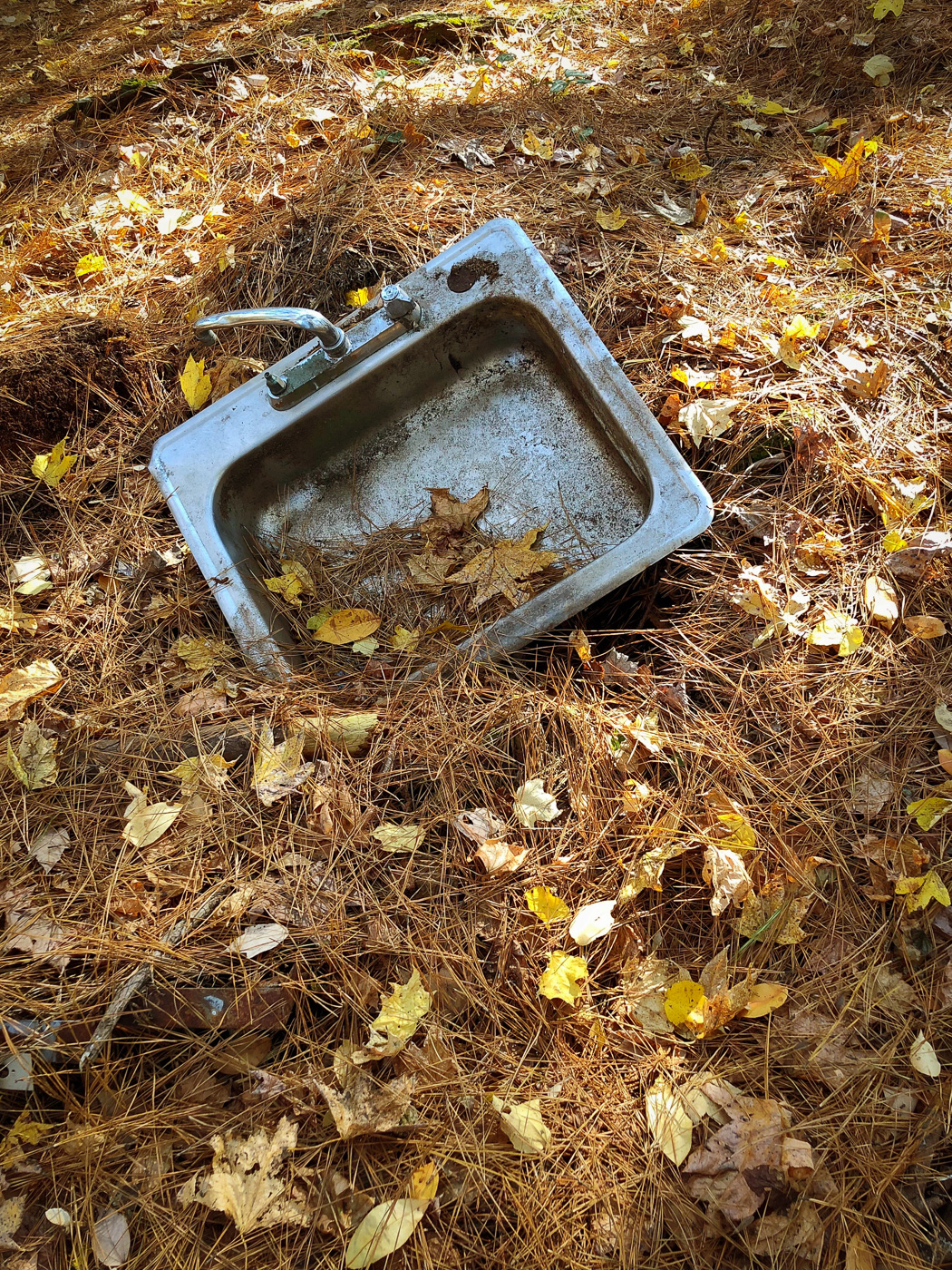 The day we visited Old Car City, it was rather chilly and I was thinking to myself, “I am not sure how long I will be taking photographs here today.”  I had my Nikon D800 with me on my Envy strap (helps take the weight off my shoulders and neck), my Manfrotto tripod, a lens bag (in case I wanted to do some Macro photography), my over-the-shoulder handbag and it was all feeling a little bulky.  Not quite as bad as the snowsuit scene in “A Christmas Story” but cumbersome just the same.

As the hours went by, I began to find my gear a bit heavy so I decided to change things up a little and I switched over to my new iPhone 8 Plus.  I thought this might be a great place to test the phone’s capabilities.  I turned on the HDR function and I began shooting.  I was pleasantly surprised with the sharpness and quality of the images. For the rest of the day, I continued to shoot images using my iPhone.  As a matter of fact, with the exception of one image, all the photos in this blog were taken with my iPhone 8 Plus.  I did very little post-processing and when I did, I used Snapseed and Camera+.

What I learned from shooting at Old Car City is that you really need to visit this location more than once.  It truly is worth revisiting.  If I lived closer and if such an option were available, I would certainly buy a season’s pass.

Regarding Hours and Pricing, Old Car City is open Wednesdays - Saturdays from 9 a.m. until 4 p.m. Admission is $25.00 if you plan to make or take any photographs, $15.00 if you just want to walk around.  Children from the ages of 7 to 12 is $10.  Children ages six and younger are free.  Old Car City also offers a military discount: All active military personnel get in at half price for both adult payment options. Commercial photographers can call for more information.

When you first walk into the main building at Old Car City, you will notice an array of hand-painted signs, antique toys, a few souvenirs and various pieces of artwork created by owner Dean Lewis.  This is also the area where you will pay your entry fee and pick up a map of the trails. 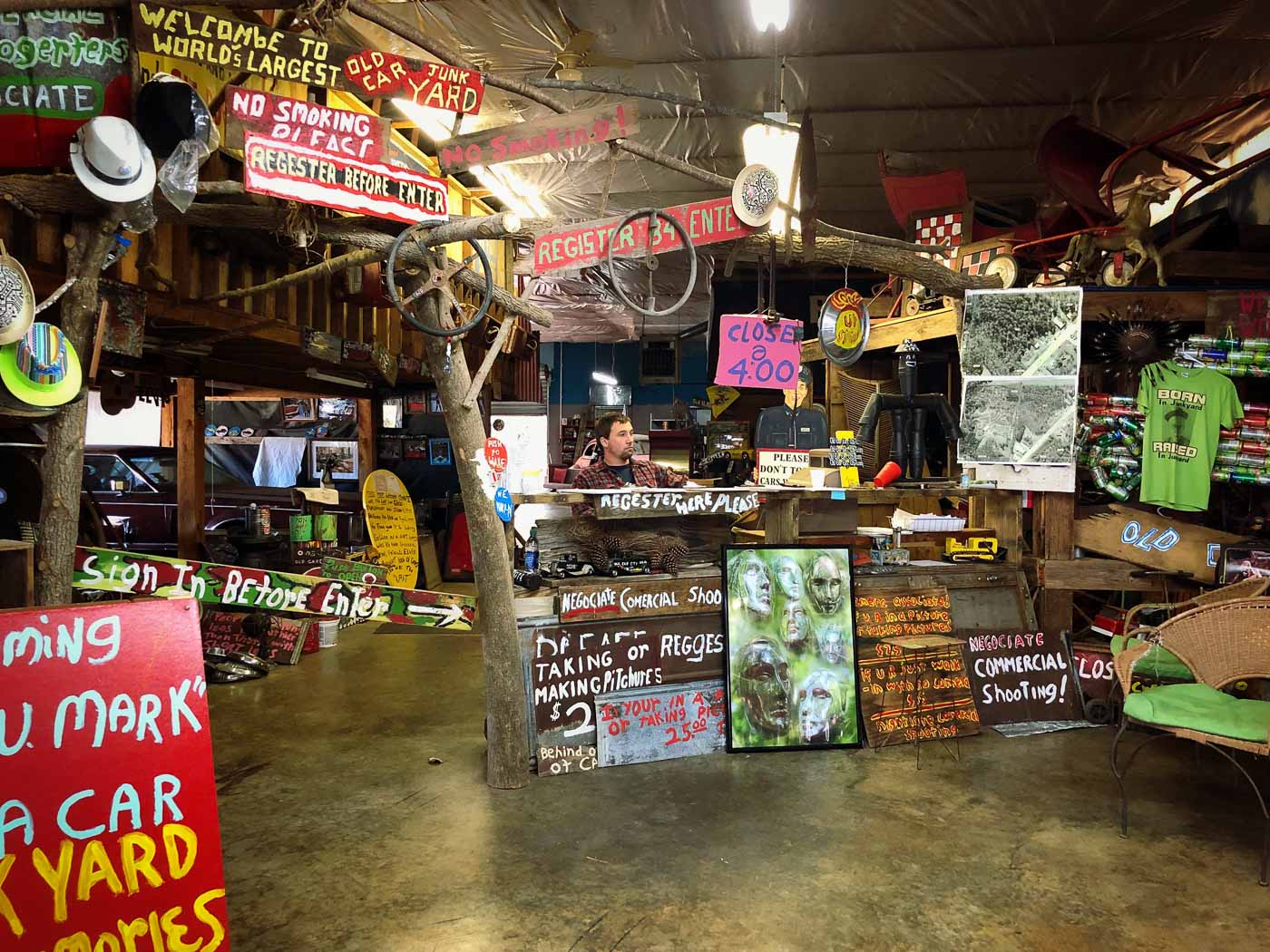 As you pass through the entry gate, you will find a 1977 Lincoln Mark V - the last car purchased by Elvis Presley; and, you will also find a car covered in signatures.  There is a marker next to the car and you are invited to add your name as well.

Once you have taken in all the various collections in the main building, you will exit through the back and walk into an interesting area of art pieces created using various car parts.  It was in this area that I found a collection of dolls resting on the hood of a car.  From here, you will head out onto the various trails. 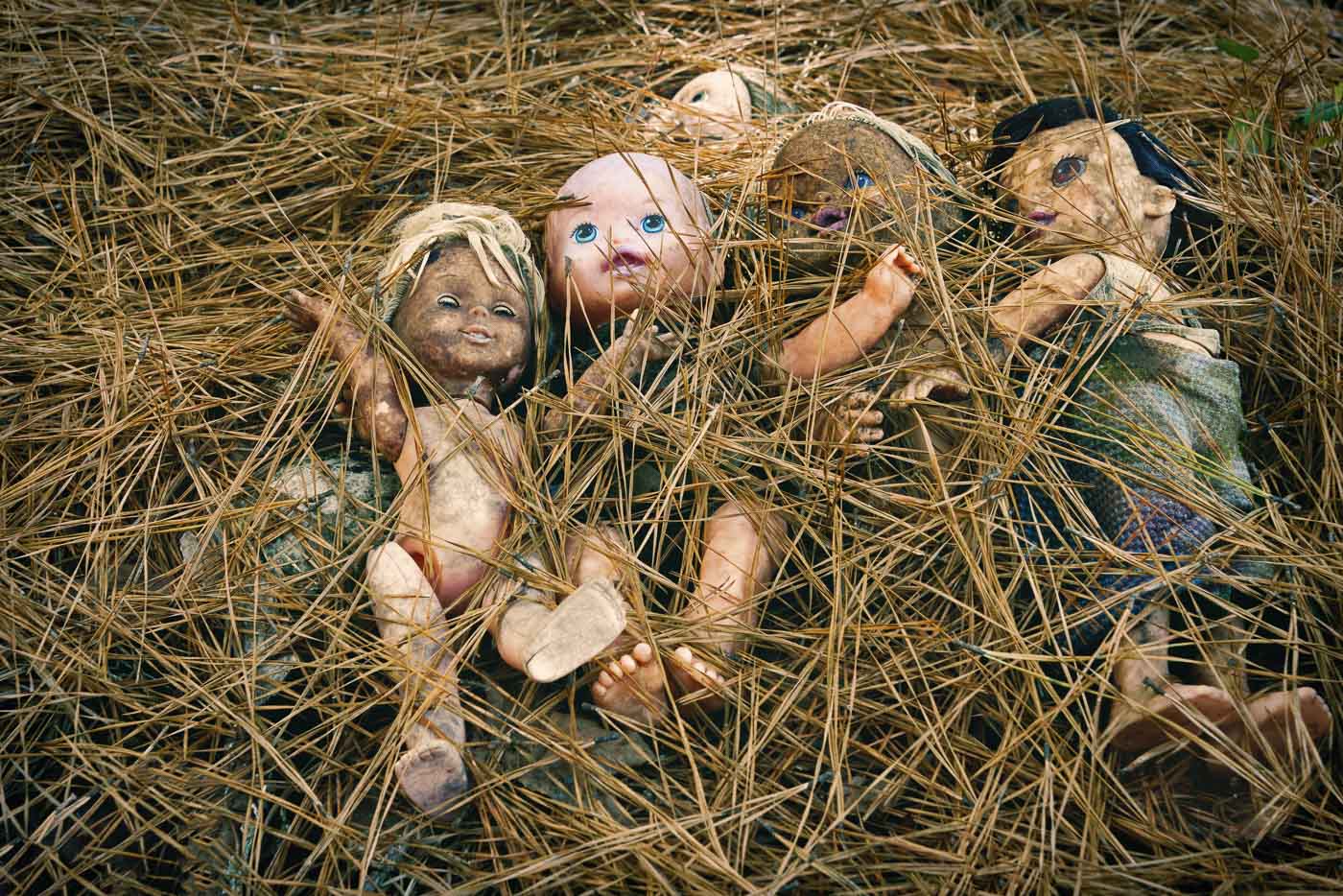 To give you an idea of some of the things you will see on the trails, I have included a slideshow.  The music used in this video comes from the album “Guitar Music for Small Rooms 2”.  The song is entitled “Breezin’” by George Benson.

When you have had you fill on the trails, make sure you visit the art gallery on the upper loft of the main building.  Here, you will find more of Dean Lewis’ art pieces and his growing collection of cup art.  Since 1978, Dean has been drawing and doodling on styrofoam coffee cups every day.  As a way to quit smoking, he started drinking convenience store coffee everyday and then began drawing on the cups.  This daily habit has produced over 1,000 cups of art. 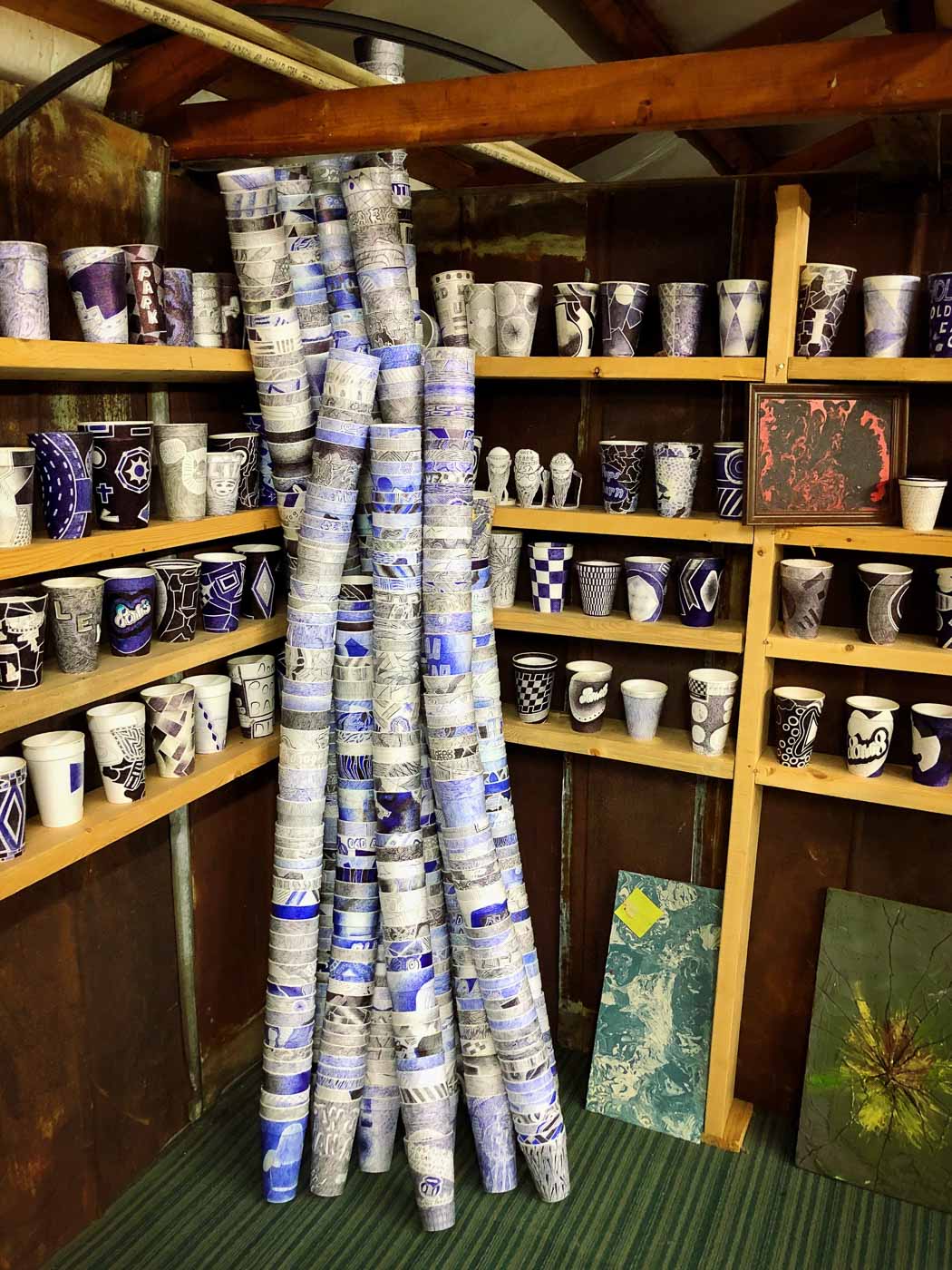 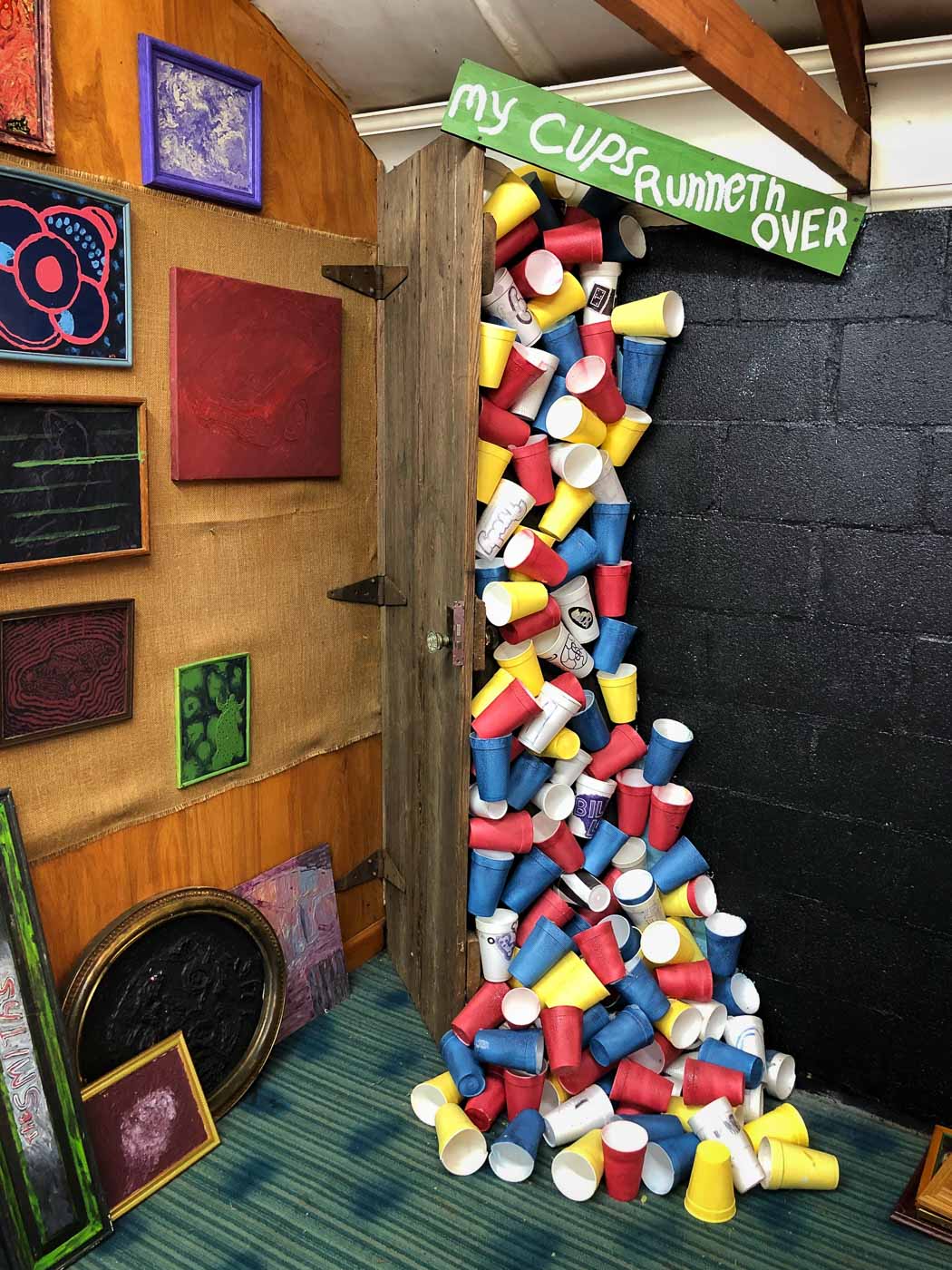 So, if you are looking for something a little different on your travels, consider stopping by Old Car City USA. You will be pleasantly surprised.

For more information about Old Car City USA, be sure to visit their website and check out their interesting and helpful blog articles.