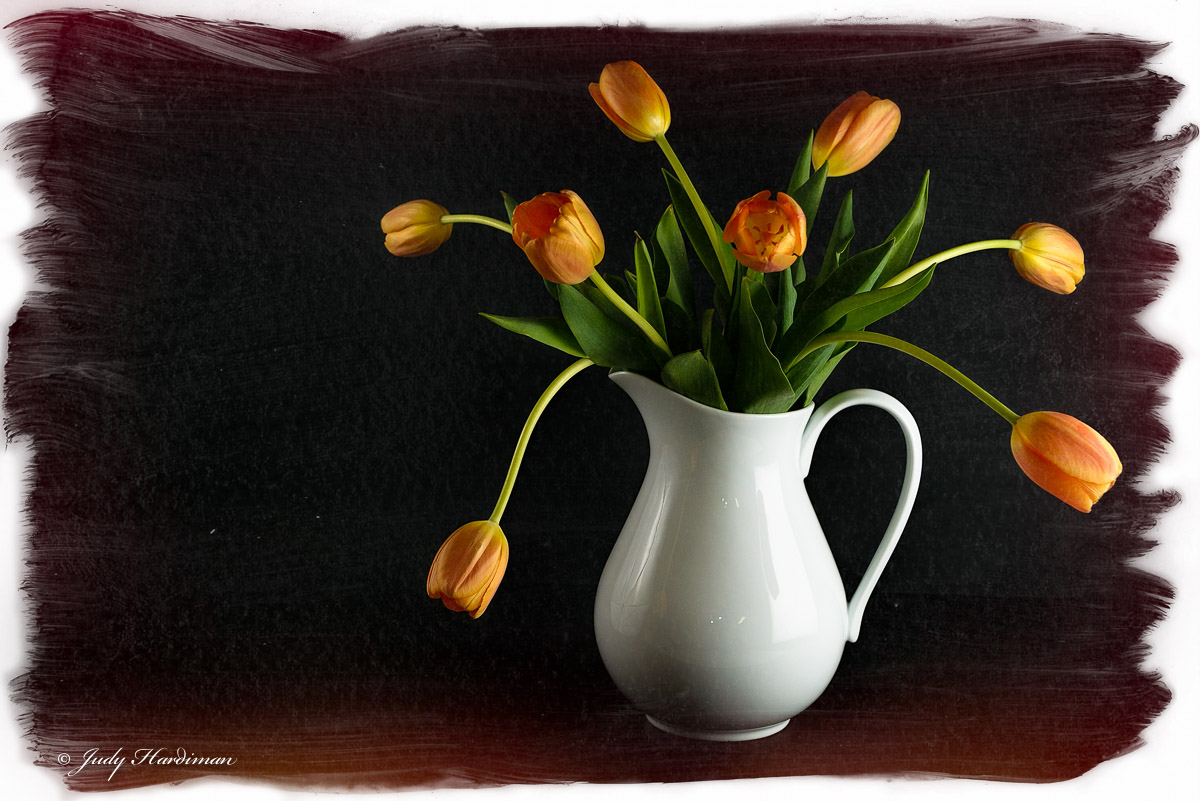 Lately, I have been studying still-life painting and one of the subjects covered was the history of flowers in paintings.  I was amazed to learn that tulips had once caused a financial situation that was referred to as “tulip-mania”.

During the early seventeenth century as great advances were being made in the study of botany, new species of flowers were imported into western Europe for the first time.  Some of these flowers were rare and as a result they were quite expensive.  The tulip was one of these flowers.  At the height of “tulip-mania”, it is said that “some people were trading all their possessions for a single bulb.”

This kind of behaviour caused some artists and moralists to use the tulip as a symbol of “foolishness and covetous behaviour”.  This puts me in mind of “Cabbage Patch” dolls years ago.

Thankfully, I did not have to trade my house for a single bulb.  In this case, I simply travelled to Costco.  How fortunate we are today to have so many different flowers available to us.  We forget or we never realized that it was not always easy to get certain flowers.

For this still-life shot, I photographed the tulips with a black background, used Lightroom to do my basic post-processing, used a few plug-ins to tweak the shot and added a light leak which reddened up the background.  I finished off the photo by adding a border from Perfect Effects 8.

For more information about “tulip-mania” check out the following link at Wikipedia.

What other object “mania” do you remember?