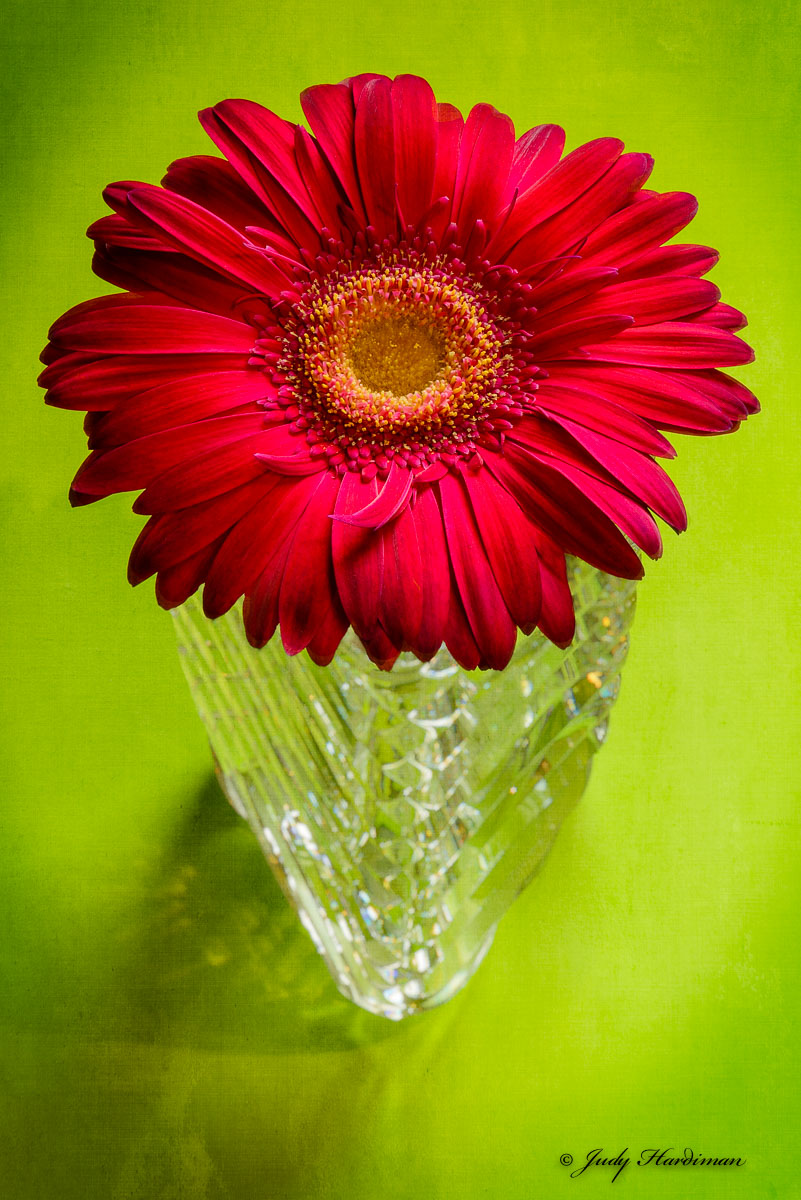 I have been fascinated with Gerbers for some time now and as I mentioned in my earlier article entitled “Still Life - Tulips” I did in fact make a second trip to Costco to buy some Gerbers.

There is something about Gerbers that draws me to them.  They are such a beautiful flower with a lot of detail.  I am not the only one who finds these flowers special.  It turns out they are the fifth most used flower in the world (after roses, carnations, chrysanthemums and tulips).

Gerbera daisies come in a rainbow of colours and are cherished for their long wavy stems and big, bold blooms. Gerberas are members of the genus Asteraceae, that include daisies and sunflowers and they are named after the German botanist Traugott Gerber.

The flowers I bought had large heads and were supported by a piece of cardboard.  It wasn’t until I removed the flowers from the support that I realized how heavy the heads were and why they were packaged that way.

The flower heads drooped over from the weight and I had to support them in the vase to get the shots that I wanted.  I simply snipped a piece off from the bottom of the stem and placed it behind the flower letting it rest horizontally on the vase.

I took the opportunity to try a variety of f-stops so that I could see the difference in the depth of field.  I found f/32 was the look I liked best.  I used the natural light coming in from my kitchen window for the shots and I used a piece of green foam as a backdrop.

What is your favourite flower?