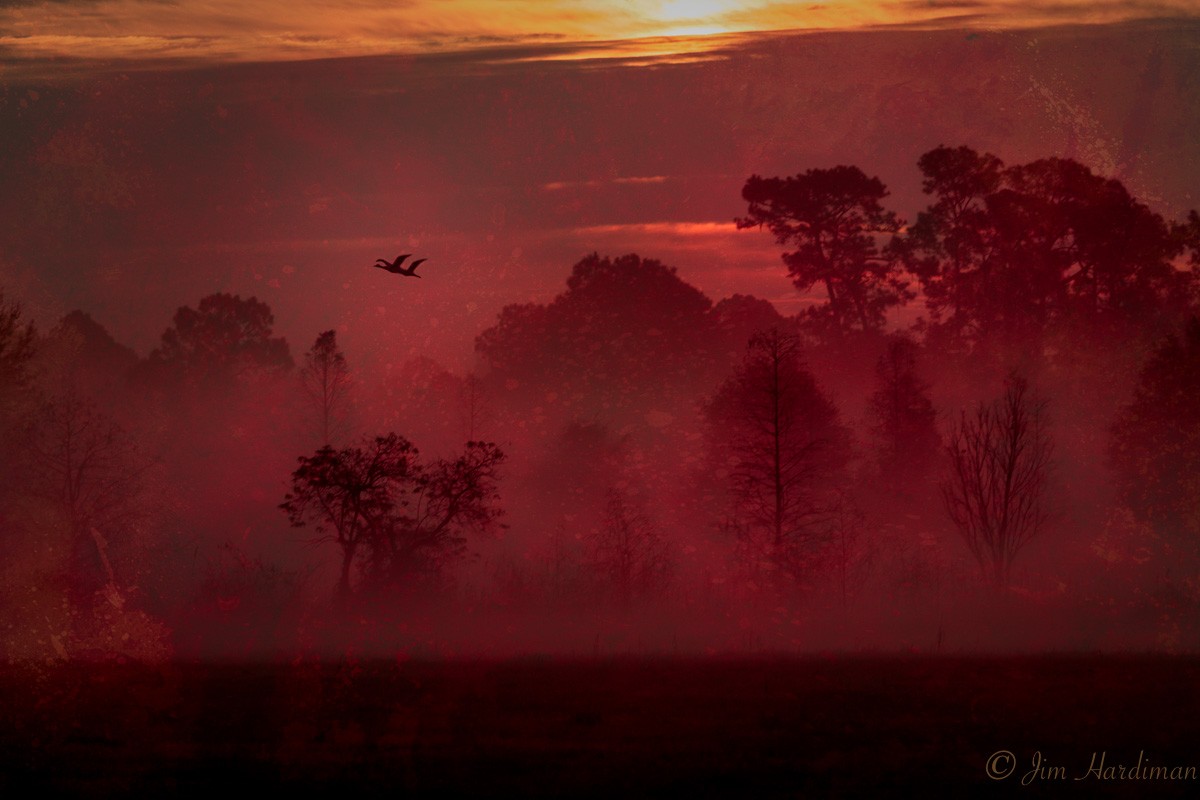 I have been photographing early morning landscapes for some time now with some friends in Florida.  Recently, during one of these outings, I noticed a pair of sandhill cranes taking flight.  I shot the image when I had the cranes in the place that I wanted them in the frame.  When I reviewed the image later, I did not want a sunrise photo, but rather, I wanted to focus the viewers attention on the real subject of my image which was the birds.  With the background, there was a great deal of texture which was in competition with my very small subject.  I needed to reduce some of the detail from the image which required that I remove some of the realism.  Initially, I thought that I would convert it to black and white and increase the contrast between the birds and the tree line.  While that worked to a certain extent, it did not really bring the attention that I wanted to the birds.

That brings me to the final product.  I decided to apply a texture to the image that would capitalize on the low lying fog and the warm morning light to tone the image in such a way as to remove most of the realism from the photo.  This texture was applied to the image using the Soft Light blend mode while I increased the contrast in the image - especially to the birds.  This was intended to increase the visibility of the cranes while adding an other-worldly look to the rest of the image.  I hope that you like it.